stripper poles are not athletic equipment 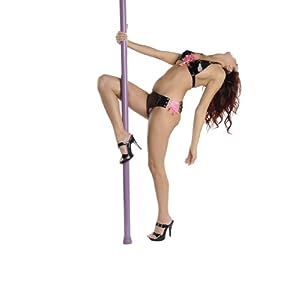 I have a friend. Well, not actually a friend as much as an ex-manager from when I worked at a computer company. Recently we connected via Facebook (best idea ever used for the worst possible reasons) and I found out she’s a stripper. Ok, not really a stripper, but she teaches a class called “pole fitness.”

I kid you not. There are classes that teach women to pole dance as a form of fitness or exercise program. I would imagine, that 99% of the women who gravitate toward that nonsense would probably turn their noses down at a real stripper. Hypocrisy isn’t sexy… come to think of it, watching a woman swinging around on a pole isn’t sexy either.. never understood where that came from.

Insert joke about “the only pole i want to see a woman on” here… save me the effort. Told you I was lazy.